"This is, truly, the definitive piece about the Buffalo Mafia... An important historical chronicle of organized crime in Western New York." 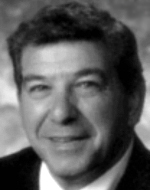 "An exciting and highly detailed work on the birth and evolution of organized crime in Upstate New York. Comprehensive and carefully researched, Thomas Hunt and Michael Tona deliver a highly readable account of the Mafia in Buffalo and beyond." 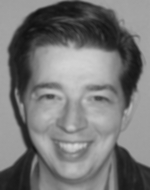 "DiCarlo is one of the best-researched mob biographies I've read. The book is not only an in-depth look at the life of an often-overlooked mob kingpin, but a compelling history of the rise and fall of the Mafia in Buffalo. Thomas Hunt and Michael Tona delve deep into the interlocking web of crime family cooperation across the United States and show how Joe DiCarlo played a pivotal role in elevating the Mafia to the dominant organized crime group in America." 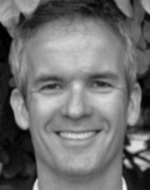 Scott Deitche
author of The Silent Don,
Rogue Mobster and
The Everything Mafia Book.

"I have read both volumes and having known Joe DiCarlo quite well I give both of these books 5 stars. I know the authors and the difficult time they must have had in putting together this must-read story of one of the most notorious mobsters in the United States and Canada. Great job."

"Warning: This book contains serious research. The authors go into meticulous detail, scouring newspaper archives, vital records, court transcripts, family histories, interviews, FBI files, and more, to give the history of the rise of the Buffalo Mafia. In doing so they touch on organized crime in New York, Detroit, Cleveland, Chicago, Pennsylvania, and many other places, so for the researcher or general crime reader interested in some of those places you will do no wrong going here. It's not the sort of book you can take in on one reading, it can be read over a week or used as a reference work, or both. Highly recommended."

"DiCarlo: Buffalo's First Family of Crime, by Thomas Hunt and Michael A. Tona, traces the history of mobster Joe DiCarlo. It is, in large part, a history of the Mafia in Western New York and, as it intertwines, the Mafia in Chicago, New York, Cleveland, Detroit and Ontario. With two volumes, it totals 1,000 pages, 100 photographs, a bibliography, an index and 3,100 endnotes. It also has a fair share of murder... Anyone contemplating a career in the Mafia should buy this well researched book to learn about the work, its history and how to earn an early retirement."

"DiCarlo, Buffalo’s First Family of Crime, a two-volume set by Thomas Hunt and Michael A. Tona, offers a comprehensive and entertaining look at the history of organized crime in Western New York and beyond... [It] is a highly detailed and readable history that will appeal to anyone interested in learning more about the real-life ‘Wise Guys’ who controlled much of this region’s illegal activity for more than seven decades."

"DiCarlo: Buffalo's First Family of Crime will stand as the definitive book on the Mafia of upstate New York. The authors dove deep into the subject, and produced an outstanding history. What is especially fascinating is how the authors detail DiCarlo's links to Youngstown, Ohio, and Miami, Florida. After DiCarlo, mob historians will have to reassess our views of Buffalo's oft-overlooked crime syndicate. Highly recommended."